How to Train a Husky to Come: Two Proven Methods to Try

How to train a Husky to come is probably something you’ve searched online at least once in your life – probably quite thoroughly – if you own a Husky.

The Husky is a breed with what seems like an unlimited well of energy.

While this is great for outdoor adventures and long, brisk walks, it’s not so great when you want your Husky to come to you.

When you combine that with a Husky’s independent nature, you have a recipe for a dog who just doesn’t seem to listen.

That’s why we’re going to talk about how to train a Husky to come today. 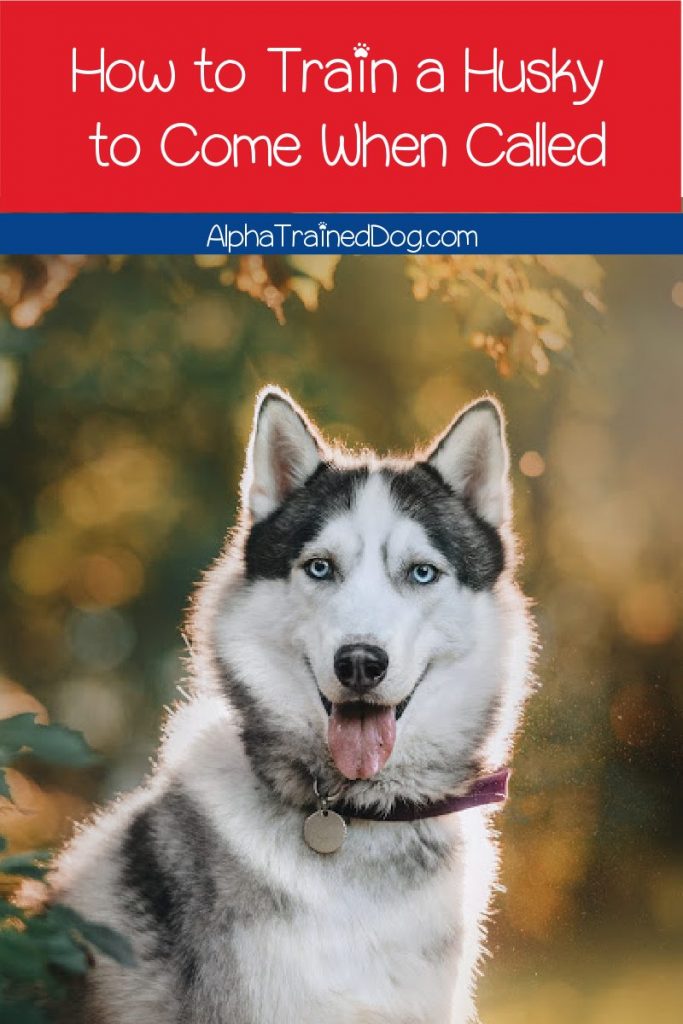 Considerations for How to Train a Husky to Come

Before we can begin the training process, it’s a good idea to go over some important factors to consider.

As I’ve mentioned in several other Husky articles, this is a breed that can be seen as stubborn at times.

Huskies are incredibly intelligent, but they also have a strong independent streak.

The breed was created with a group dynamic in mind, so they’re excellent with other people.

They also get along well with other dogs, especially if they know them or have been raised with them.

However, as good as they are with humans and other dogs, without proper socialization they are not good with outdoor rodents like squirrels or small animals like cats.

All of this is said as a precursor to learning how to train a Husky to come for an important reason.

The come command for a Husky needs to be ingrained in their brains.

You’ll use it to get them to come inside from the yard, to come back to you if they get distracted, and generally as a way to redirect their attention from almost any undesirable behavior.

When to Begin Training

While the traditional thought process has been to begin training in earnest when puppies are a few months old, recent studies have shown that you can begin training a dog at a much earlier age.

In fact, even very young puppies can be introduced to extremely short, elementary training commands like “sit”, “down”, and “stay” as early as 8 weeks of age.

Come is another basic command, so you can start this one early, as well.

Can You Train an Adult Husky to Come?

The short answer is yes! Contrary to popular belief, you can teach an old (or adult) dog new tricks.

In fact, many dogs have at least a rudimentary grasp of commands like “sit” by the time they reach adulthood.

Even if your adult Husky has had no training whatsoever, you can absolutely train him to come.

Adult dogs tend to have a longer attention span, as well, so you’ll be able to keep your dog focused on commands – and those treats that make him so eager to complete those commands. 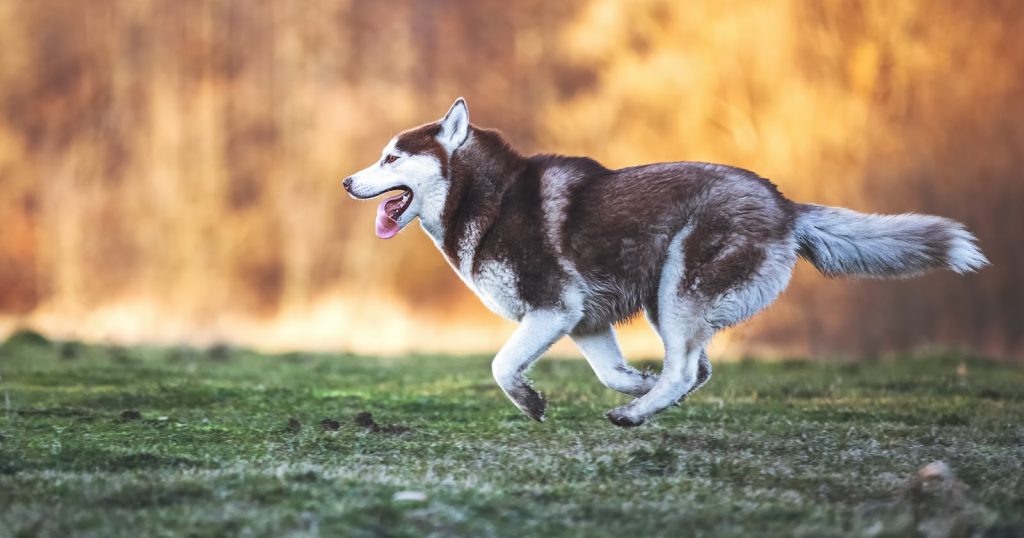 These are fairly basic and straightforward. You’ve probably heard them all before, but we’re still going to touch on them again.

Remember, Huskies are a friendly breed, and they love their owners, other people, and other dogs.

That goes for all dogs, but Huskies are even more sensitive to positive – and negative reinforcement. Always remember that.

How to Train a Husky to Come

To train a Husky to come, you’ll need a good attitude and two items – a long line and high-value rewards.

A good attitude simply requires you to remember that training is a process.

The long line can be a rope or other strong cord of at least 25-feet. This allows you to move away from your dog without him bolting.

Of course, high-value treats are key because you have to motivate your Husky to do what he’s asked.

You’ll need a group of friends or family to help with this method.

The Come Game is a great way to teach the command because it makes learning fun for your Husky, and that goes a long, long way with this breed.

This basic recall method introduces your dog to this idea, and the following “proofing” cements it in higher distraction situations.

Proofing means ensuring that your Husky will come to you in higher-distraction environments and incredibly important thing for a breed as high-energy and inquisitive as a Husky.

The video below doesn’t specifically show a Husky, but it gives you a good idea of what recall entails.

To begin training this method, you need your Husky to already be running toward you. This is the easiest thing in the world. Simply run away. Your Husky will instinctively follow you.

While he thinks he’s chasing you, he’s actually in the early stages of learning “come”, so as soon as he catches up with you, touch his collar and give him a treat and praise. Repeat this a minimum of 10 to 20 times. More is better with this because the running toward you is what you want to reinforce. After all, the heart of “come” is simply running toward you.

Once your Husky is primed with the chase portion of the training, add some distance between the two of you. Try calling him from another room of the house. If he comes, touch his collar and give him a treat. You can also spice it up and randomly call him when he isn’t expecting it to further strengthen the training.

Again, set up your line if you don’t have a fenced yard. Put some distance between you and your dog and give the come command. When he arrives, give him praise and treats.

Once your Husky has mastered the “come” command, take him to a new area to further practice the command. This addition of a new environment adds new stimuli that he’ll need to ignore in order to follow your “come” command.

You can also have other family members and friends give the “come” command to your Husky. This shows him that no matter who calls him, he gets a big reward if he comes.

Eventually, you’ll want to give treat rewards for only the fastest of recall times. With a dog as smart as a Husky, you’ll find that he very quickly realizes that the faster he comes to you, the better chance he has of getting a treat.

With their inquisitive, super-friendly personalities and their high prey drive, knowing how to train a Husky to come helps keep him safe in all kinds of situations.

Whether you want to call him off of chasing an animal or if he happens to escape the yard, having the “come” command ingrained will help him respond to your command immediately and come back to you right away.

Try the above methods, have some super fun treats for him, and give him lots of praise, and you’ll be well on your way to teaching him to effectively respond to “come” in no time.