7 Superb Tips on How to Show Dominance Over Your Husky

Are you wondering how to show dominance over your Husky?

Siberian Huskies are hard to train if you don’t act as the alpha dog and earn their respect.

Fortunately, I’ve prepared for your 7 superb Husky training tips to help you establish your role as the pack leader. 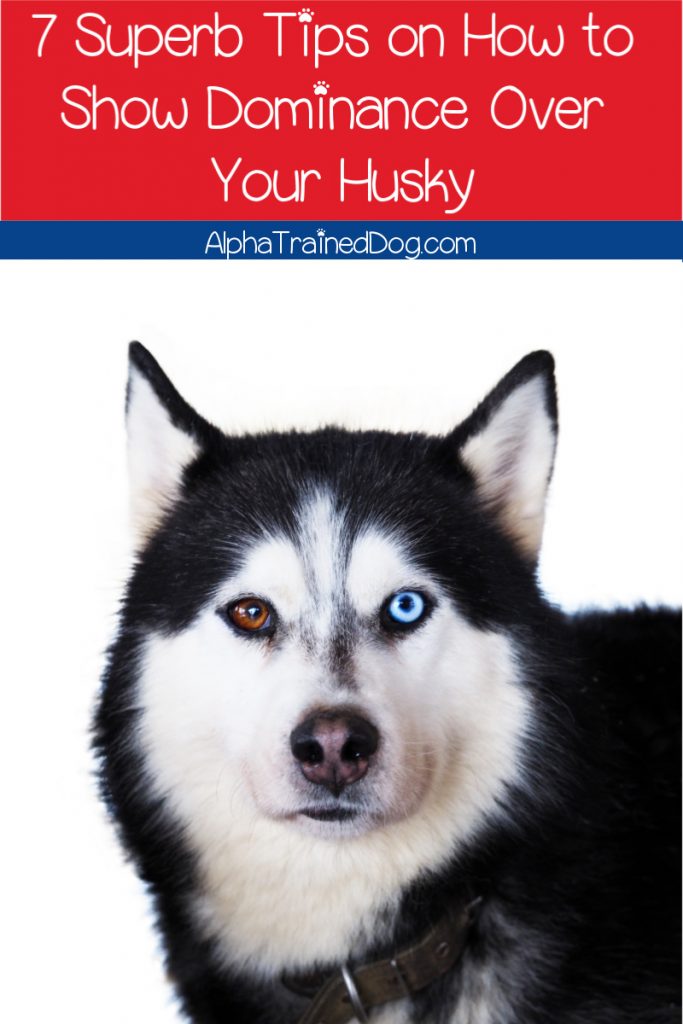 7 Superb Tips on How to Show Dominance to Your Husky

Siberian Huskies might be one of the most striking breeds with their wolf-like appearance and piercing blue eyes, but they’re not for timid owners.

Huskies are used to working in a pack with a strict hierarchy and obey only their pack leader.

Since Huskies aren’t eager to please and are among the most dominant dog breeds, many owners have dominant issues with their Husky sooner or later.

If you don’t show dominance over your Husky, they’re going to assume the pack leader position and do as they want.

That spells problems for you and can make training almost impossible.

So, let’s see how you can show your Husky who the boss is. 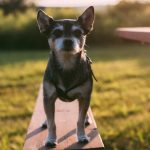 #1 Don’t Encourage Your Husky to Be Dominant

Usually, a lot of owners are so smitten with their Husky puppy that they encourage dominant behavior without even realizing what they’re doing.

So, don’t be on Husky’s beck and call and come running whenever they want something. Otherwise, you’ll spoil them and confuse them about their position in the house.

You have to show your Husky that they’ll get food and attention on your terms and that whining, growling, or barking won’t get them anywhere.

#2 Make Your Husky “Work” For Meals

One of the easiest ways to show dominance over your Husky is to make them work for their meals.

By working, I mean to get them to obey a command before you give them food. It shows your Husky that they will be fed only when they follow your commands.

This method also reinforces your position as the leader because the alpha always eats first, and the rest of the pack waits.

If your Husky is very dominant, you can make them work for everything. You can ask them to obey a command before you give them toys, treats, or attention.

Such actions reinforce your Husky’s belief that you’re the alpha dog.

I know that it seems cruel, but you have to remember that dogs aren’t people. In their world, you’re either a leader or a follower. There’s no middle ground. 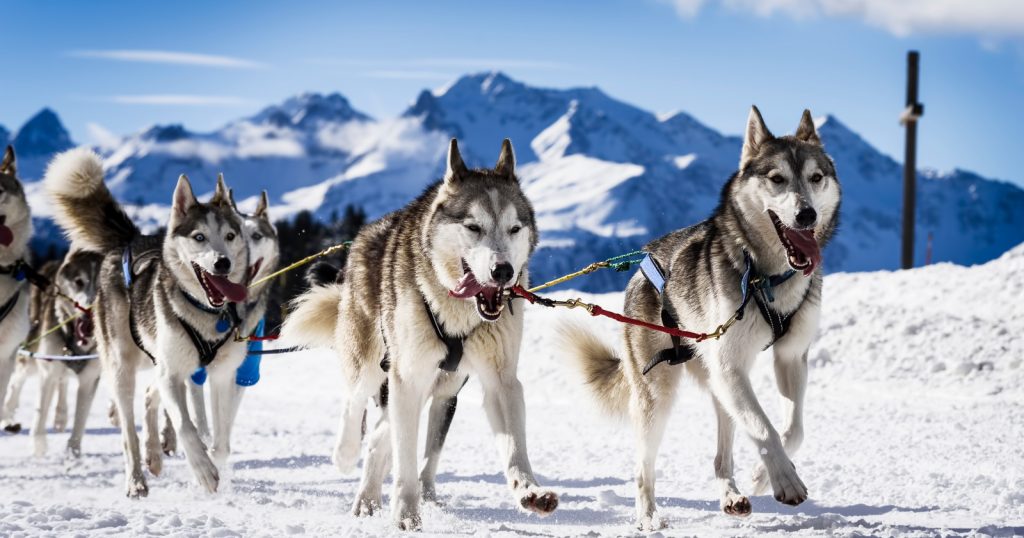 I’ve seen a lot of people who walk their Huskies the wrong way. They allow their dog to lead the way and try to keep up when the dog sprints towards an exciting scent.

The leader is the one that picks the directions and the one who is responsible for keeping the rest of the pack safe. By allowing your Husky to walk ahead of you, you’re giving up your role as the alpha and transferring you to your Husky.

During walks, you have to be the leader, not the follower. If your Husky pulls on the leash during walks, stop and don’t move no matter how much your Husky struggles.

You want your Husky to understand that you pick the way and the pace and that they don’t have a say in the matter.

Consider a harness for your Husky if they struggle too much, and you’re worried about injuring them.

You do it as often as it takes for your Husky to realize that pulling won’t get them to their destination faster.

Moreover, make sure you’re the first in and out of the house when you take your Husky outside. You don’t want them to get any ideas about challenging your alpha position.

Whenever you catch your Husky doing something they shouldn’t, you have to correct the behavior immediately.

Punishing your Husky for something they did two-three hours ago won’t work because your dog can’t connect their actions with the consequences.

You have to reprimand your Husky within 1-2 seconds to mark the behavior.

For example, say a firm “No!’ the moment you see your Husky doing something, they shouldn’t or use other corrective methods.

However, never use any physical force to reprimand or show dominance over your Husky. They are proud dogs and don’t react well to harsh treatment. All you’re going to achieve is lose your Husky’s trust and respect.

There’s one thing you have to remember when you’re dealing with Huskies. You have to be consistent in how you treat your dog.

Set your rules the moment you bring your Husky home and reinforce them strictly.

For dogs, rules either apply all the time or never. There’s no middle ground or exceptions.

Never encourage behaviors that you don’t want your Husky to repeat, or it will be twice as hard to break these habits later.

Being consistent is also important because changing the rules will confuse your Husky.

If your dog doesn’t know what to do, they’re more likely to act on their own than look at you for directions.

#6 Get Your Husky Tired

Another way to show dominance over your Husky is to get them tired. An exhausted Husky is much less likely to try and assert their dominance than one full of energy.

Huskies are high energy dogs, and they need between 30-60 minutes of exercise.

Otherwise, they get bored and destructive and wreck your house, dig your garden, and chew through your furniture.

A great way to exhaust your Husky and establish your dominance is to use umbilical training.

Explained simply, you attach your Husky to you with a leash or a cord and make them follow you around the house while you do your housework.

What’s good about umbilical training is that it teaches your Husky that you aren’t in charge and that they have to look at you for cues on what to do next.

When you’re dealing with a dominant Husky, you should think about enrolling in obedience classes. These classes will teach your Husky some manners and how to behave around other dogs and humans.

Moreover, taking part in obedience classes will help strengthen the bond between you and your Husky.

You’ll also learn valuable tips that you can use while training your Husky at home.

Huskies are one of the hardest dogs to train because they’re used to making decisions for themselves and don’t respect anyone but their pack leader.

However, once you make it clear to your Husky that you’re the alpha, you can teach them almost anything.

Just don’t try to pin your Husky to the ground to establish your role as the pack leader.

Alpha rolling, as people call it, is a controversial method and can trigger your Husky’s flight or fight instinct. It can also make your Husky fear you, which isn’t what dominance is about.

What do you think about these 7 superb tips on how to show dominance over your Husky? Have you ever trained a Husky? Tell us in the comments.